We ask because as the 207 million responses on Google suggest, many answers have been given, but none have satisfied. Everyone else’s answer is just a little too wrong, a little too biased, and it feels like we’re always one barn-yard discovery away from seeing it. Even at modern product launches, when we know the model will look roughly like the one that preceded it, we await that first pull of the cloth because this might be the moment. We still believe that we can be shocked.

But first, six contenders. There are hundreds of classics to sift through. If you begin looking at all the lists online, your eyes will start to blur. However, if you can keep your brain from leaking out of your left ear, a pattern will emerge. Over and over the same six cars surface and resurface, whatever the list. They’re not minivans, they’re not crossovers, they’re not trucks and they’re not SUVs. They’re cars and they come from six houses:

That’s it. Our choice will be at the bottom. 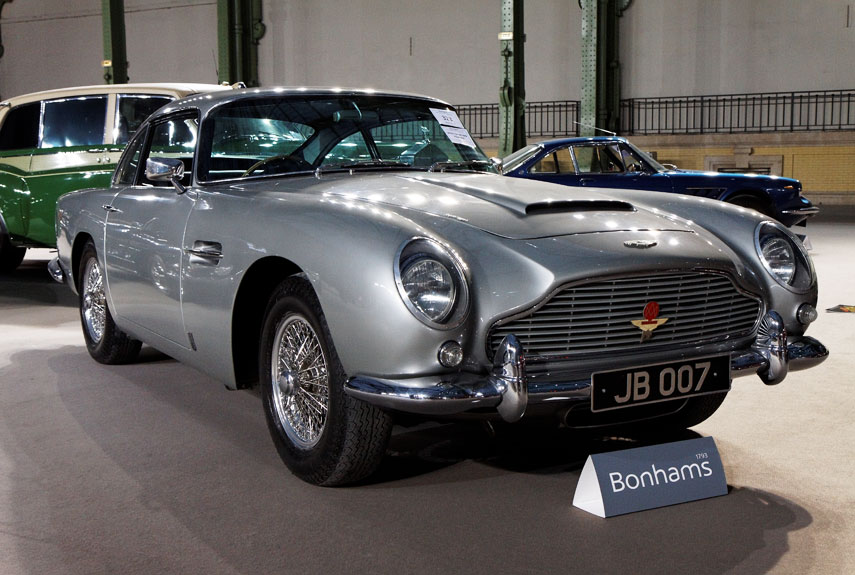 This naming convention is never going away. We still use it. The newest is the DB10. DB stands for David Brown, the head of Aston Martin for nearly three decades. British design always favors the round over the flat, but the DB5 isn’t squat like a Triumph or as bulldog-like as an MG. It’s tall, it parades, and that means it can be comfortable. You can have a passenger in it and have a conversation like normal human beings. The English, despite living on an island, can never abide close physical contact, and this car is the absolute minimum you can be as a sports car without encroaching on personal space. That’s a universal human need, and it’s why you see it on every best classic car list.

We’ve all heard how Enzo Ferrari said it was, “the most beautiful car ever made,” but we bet he probably meant the Ferrari sitting behind it. Whereas the DB5 was tall, the E-Type is long. Because current Jaguar designer Ian Callum seems to be incapable of doing wrong, we bet that either he time-travelled to design the E-Type or a previous incarnation of him did the deed. If you look at just the cabin it looks like the beginning of a respectable English police car (constable-mobile?). But then Callum’s ghost had the good sense to stick on the longest, largest, most Italian front-end they could steal from the land of pasta, and voila: automotive history made. Unlike the DB, it’s impossible to iterate on this design because wheelbases physically can’t be made any longer, Callum. 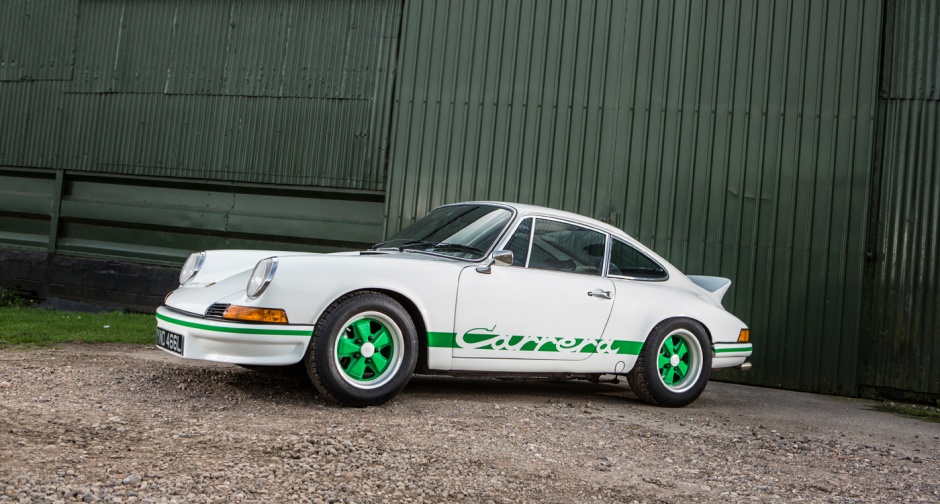 So you’ve got the 356. The 550. The 959. Today, the 918. It’s impossible to ask a Porsche lover which is the best because they seem to think the right answer is, “All of them.” Even the 928! However insufferable this group is to speak with, there are some forms that were put on this earth that cannot be improved upon. Squares, for examples, or triangles. The 911 isn’t quite that good, but it’s pretty close. This particular model has been burning the classic car scene alive lately, with a healthy dose of kerosene and a strident belief that the Fed is never going to raise interest rates again, ever, so why not spend upwards of $2 million for a car they only made 1,580 of. It has thinner glass, lighter steel, a bigger engine, the first aerodynamic spoiler ever offered to the public, and not a hint of electro-mechanical steering. While modern Porsches are criticized for offering all the thrills of a visit to the doctor, this is Porsche’s most analog and virile moment. Just don’t back into one with a 3-Series. 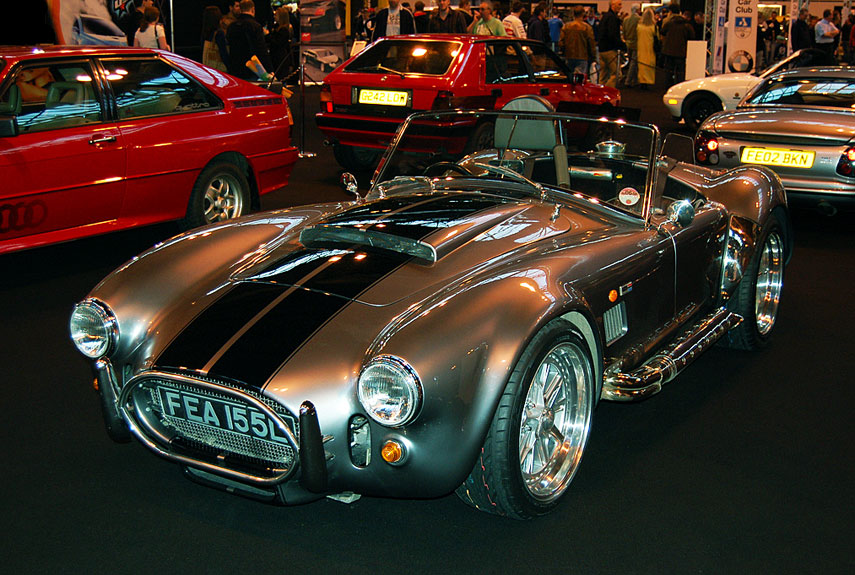 A long time ago there was an idea that a muscle car could be both strong and human-sized. This was not an American idea. This is a car that simultaneously inspired four industries: American muscle cars, anabolic steroids, Sylvester Stallone’s career, and driving up to the hills to look at San Diego at night. AC Cars was a British company who knew how to make a body, but needed more power than England’s engineers could deliver. The answer came from the West where the Ford Motor Company had just developed a small-block V8 but had absolute crap body-designs. The AC Cobra was the perfect union of these two ideas. When Americans saw what it could do, they swiftly invented the American version: still with the V8, only larger, heavier, and ensconced in a body that could handle several hundred pounds of bratwurst and a television. However captivating its offspring, none can touch the pure brilliance of a muscle car built for a country of tiny roads. 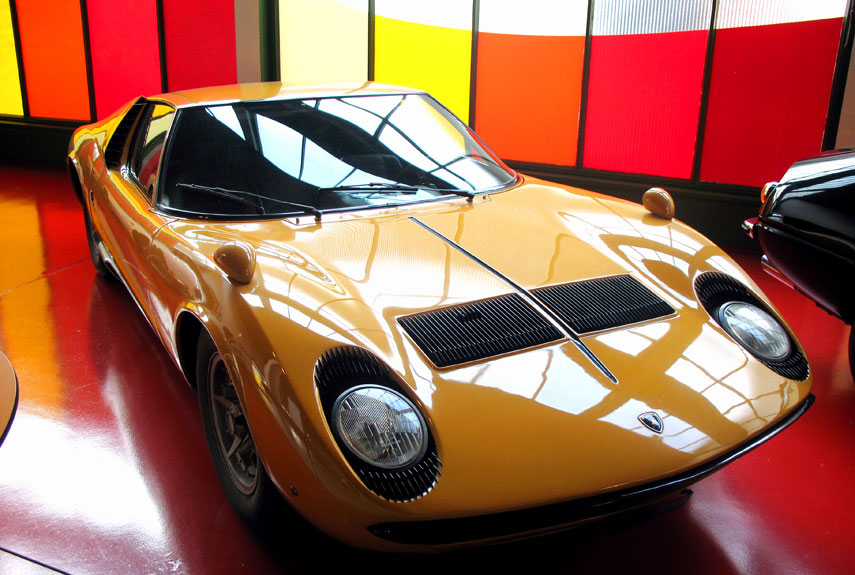 Jerry Seinfeld—if you go into that sort of thing—called it “the most beautiful car ever designed.” At 43 inches tall, it is shorter than most of the world’s population. It has a 12-cylinder engine because it’s a Lamborghini, but it’s mounted sideways. It captures the exact moment the world stopped caring about nuclear annihilation and hydrogen bombs. Sideburns got thicker. Sunglasses got bigger. We had enough of cotton and rigged elections to make polyester our king. The Miura took careful note of everything Jaguar was doing, had a couple bottles of Prosecco, and then rode the drafting table into the ocean. What emerged was something flatter than a sheet of paper that somehow doesn’t become airborne when you drive it. It was the 90s, though we didn’t know it then, and when the 90s finally did arrive, we were sorely disappointed with the cars it brought us. Would that they had all been like this. 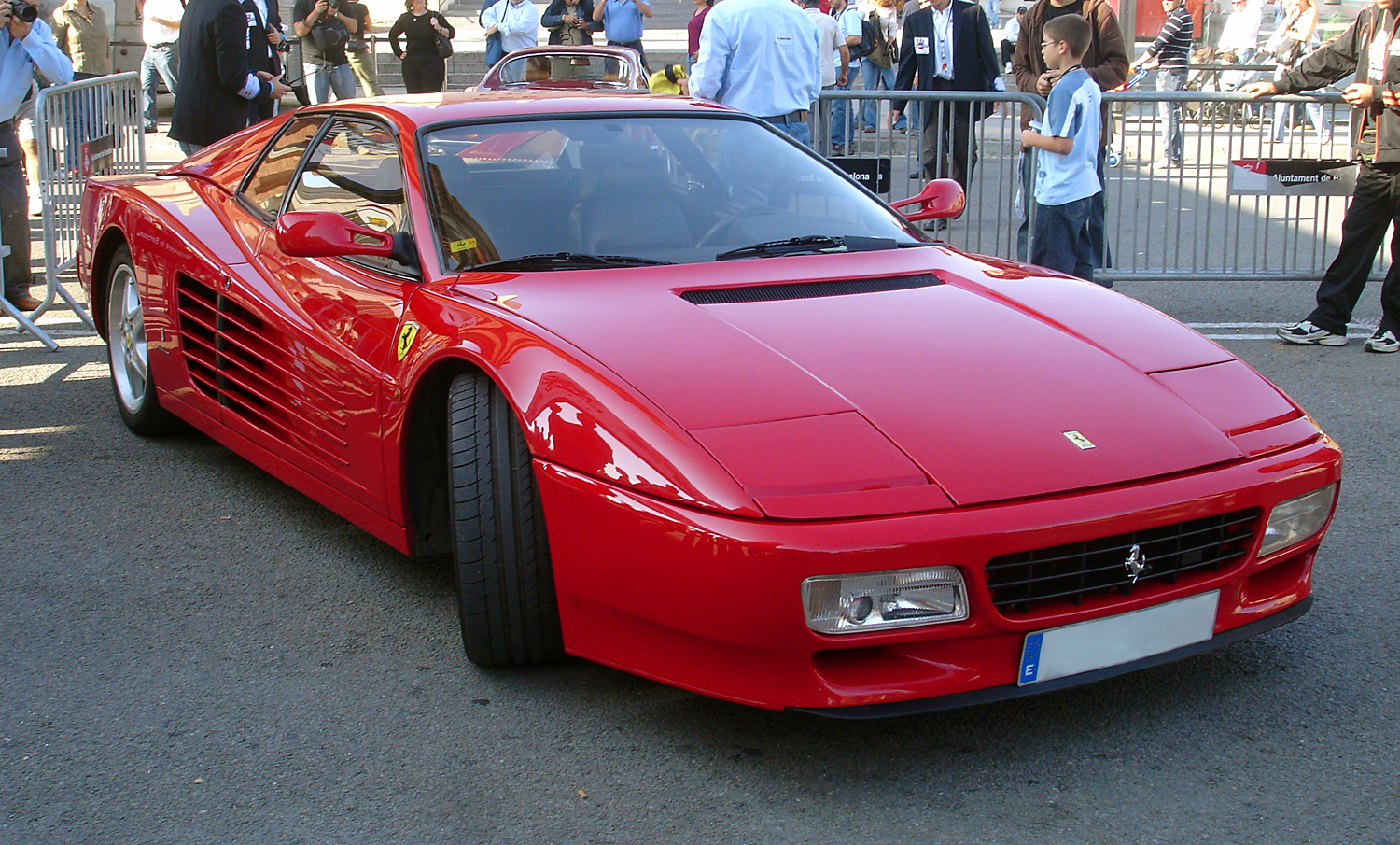 If there is a car that comes close to touching the platonic hem, it’s Ferrari. Every collector, no matter his or her favorites, would be completely gobsmacked to have one of these in his or her garage. Ferrari isn’t so much an “automaker” as they are wielders of some strange alchemy that lights neurons on fire like roly-polys under a magnifying glass. The horizontal slices of the Testarossa’s side radiators are basically the air-cooling blades of a motorcycle or Porsche, only elongated, pulled to infinity, and re-cast onto something made for the streets of L.A. Meaning red head in the Italian, there is nothing ambiguous to the design. It is the alpha, it’s the omega, and it’s what we want to be driving when the world ends. But that doesn’t make it the best collector’s car of all time.

Each of these cars gets something so right that they cannot themselves be the winner. In this world, matter pulled one way means that it’s pushed into another, which means that the more each of these cars succeeds in nailing its platonic characteristic(s), the further it gets away from others. It’s why the perfect car can never be designed by a committee, even though that’s the only logical solution to our question. So what is the answer? The closest we’ve ever seen came not from a designer’s sheet, but from a writer’s pen:

I’d seen it. Everybody had seen it. It was a rich cream color, bright with nickel, swollen here and there in its monstrous length with triumphant hat-boxes and supper-boxes and tool-boxes, and terraced with a labyrinth of wind-shields that mirrored a dozen suns. Sitting down behind many layers of glass in a sort of green leather conservatory, we started to town.

What Is the Best Collector Car of All Time? was last modified: September 22nd, 2015 by Raleigh Classic Car Auctions